Chronology of the War

This chronology was provided in full by noted historian and writer Professor Donald R. Hickey. We wish to thank him for allowing us to use it here. It is not to be copied in whole or in part without his expressed permission. 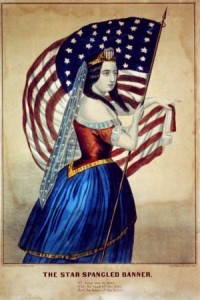 Most chronologies of the War of 1812 are marred by errors, partly because they are compiled hurriedly and partly because they draw on faulty sources. Secondary sources are not always dependable, and even primary sources are sometimes vague or contradictory. Opposing commanders might give different dates for a military action, and occasionally the same commander might even present conflicting data. Reports compiled by commanders at sea or in remote parts of the West seem to be especially prone to ambiguity and error.

The chronology that follows is not tied to the text of this book but instead is designed to stand alone and serve as a reference tool for anyone interested in the War of 1812. Hence, there are many events here that are not mentioned in the text. Because Great Britain was one of the principals in the War of 1812 and the conflict was a direct outgrowth of the Napoleonic Wars, the chronology includes events on both sides of the Atlantic.

In preparing this chronology, I have profited greatly from two unpublished lists of 1812 sites: a compilation of 306 actions and engagements prepared by the National Park Service for the American Battlefield Protection Program and a list of 395 Maryland sites compiled under the direction of Ralph E. Eshelman and Christopher T. George for several Maryland government agencies and the National Park Service.[i] Although neither work is definitive or free from errors, I found both to be exceptionally useful. In fact, the Maryland study could serve as a model for other states wishing to inventory their 1812 sites.

In an effort to make this chronology as accurate as possible, I have checked every item against the most authoritative source available. Whenever possible, this was a primary source. For this purpose, I relied heavily on the published documentary collections prepared by William Wood, Ernest A. Cruikshank, and William S. Dudley and Michael J. Crawford.[ii] I excluded a number of minor engagements in the West, on the northern frontier, and in the Chesapeake because I could not find enough information on them. I also excluded most actions of privateers because the information available on their operations is so often incomplete or unreliable.

I have given every name that an engagement has been known by, even those that are incorrect. Thus, “Battle of Mackinac/Michilimackinac.” On the other hand, I have ignored minor name differences or variant spellings. I have given the common name for an engagement even if that name overstates the nature of the action. Thus the skirmish at Sodus Point, New York, in 1814 is listed as the “Battle of Sodus Point.” To fix the locations of all events in the chronology, I have given the modern state, province, or country in parentheses. If the engagement occurred on water, I have given the body of water or a nearby landmark. When the primary sources present conflicting dates, I have given what I think is the best one. Occasionally, where I could not reach a decision, I have presented both dates. Thus, the date for the Battle of Campbell’s Island in 1814 is given as July 21 or 22.

In spite of the care that I have taken in preparing this chronology, it undoubtedly has some errors. Readers wishing to suggest additions or corrections should write me at <[email protected]>. </[email protected]>

US states and Canadian provinces are identified by their two-letter postal codes.

The principal military and diplomatic events of the War of 1812 are in bold type.

April 30: George Washington inaugurated as president of US in New York City (NY)

November 6: Battle of Jemappes (BE)

November 19: US and GB sign Jay Treaty in London (GB)

March 4: John Adams inaugurated as president of US in Philadelphia (PA)

March 4: Thomas Jefferson inaugurated as president of US in Washington (DC)

May 17: GB issues letters of marque and reprisal against FR (Napoleonic Wars begin)

May 10: William Pitt the Younger becomes prime minister of GB

May 18: Napoleon becomes Emperor of FR

May 22: GB issues Essex decision, which threatens US re-export trade

October 21: Battle of Trafalgar off coast of Spain in Atlantic

April 18: US adopts (but suspends) partial non-importation law against GB

December 31: US and GB sign Monroe-Pinkney Treaty in London (GB)

June 22: Chesapeake-Leopard affair (HM ShipLeopard [52] fires on US Frigate Chesapeake [40] off coast of Virginia in Atlantic)

December 22: US adopts embargo prohibiting US ships and goods from leaving port

March 1: US adopts non-intercourse law against GB and FR

March 4: James Madison inaugurated as president of US in Washington (DC)

April 19: US and GB sign Erskine Agreement in Washington (DC)

March 23: FR issues Rambouillet Decree, sequestering all US ships and cargoes entering French-controlled ports on or after May 20, 1809

May 1: US adopts Macon’s Bill No. 2, reopening trade with GB and FR

August 5: FR issues Trianon Decree, condemning all US ships and cargoes entering French-controlled ports on or after May 20, 1809

November 7: Battle of Tippecanoe (IN)

November 8: US burns Prophet’s Town (IN)

November 12: US and GB settle Chesapeake affair in Washington (DC)

April 11: Indians raid near Vincennes (IN)

May 5: Indians raid White River (IN)

May 10: FR gives US spurious decree dated April 28, 1811, exempting Americans from the Berlin and Milan decrees

May 22: Dispatches from US Sloop Hornet (20) reach Washington (DC)

May 27: GB offers US share of license trade in Washington (DC)

June 1: US army departs from Dayton for Detroit (OH)

June 8: US signs treaty with Wyandots, Shawnees, and Mingoes at Urbana securing right to build road through Indian country (OH)

June 29: US captures British merchantmen Emperor, Experiment, and Adventurer off coast of Spanish Florida in Atlantic

June 30: LC prohibits departure of ships and goods until July 16

July 2: News of war reaches US army at Frenchtown while en route to Detroit (MI)

July 2: Connecticut refuses US request to call out militia

July 5: US bombards Sandwich (ON)

July 8: US bombards Sandwich (ON)

July 16: News of declaration of war reaches Thunder Bay (ON)

August 5: Massachusetts refuses US request to call out militia

August 7: US withdraws from Canada across Detroit River (ON/MI)

August 22: Rhode Island refuses US request to call out militia

September 16: Battle of Toussaint’s Island/Matilda in St. Lawrence River (ON)

September 21: US raids Gananoque (ON)

November 9-10: Battle of Kingston Harbor (ON)

November 20-22: US burns Prophet’s Town and nearby Indian villages (IN)

November 23: US withdraws from LC (QC/NY)

December 17-18: Battle of the Mississinewa River (IN)

February 7: US raids Elizabethtown/Brockville (ON)

April 27: US captures York/Battle of York (ON)

May 2: Battle of Lützen/Grossgörschen (GR)

May 5: Massacre of US POWs at Fort Miami (OH)

May 15: US raids Indian village on Mink River (IL)

May 26: GB proclaims blockade of major ports in middle and southern states

May 28: GB evacuates all posts along Niagara River (ON)

May 29: Battle of Sackets Harbor (NY)

June 24: Battle of Beaver Dams/Beachwoods (ON)

July 21: US raids Frenchman’s Creek (ON)

July 29: Boats from HM Sloop Martin (18) and HM Ship Junon (46) beat off attack from US gunboats off coast of New Jersey in Atlantic

August 1-4: US moves squadron from Presque Isle into Lake Erie

August 2: US adopts law barring use of enemy licenses

August 8: US Schooner Hamilton (9) and US Schooner Scourge (10) sink in storm on Lake Ontario

August 17: US ambushes Indians near Ball’s Farm (ON)

August 24: GB launches reconnaissance in force against Fort George (ON)

September 6: Skirmish at Ball’s Farm (ON)

September 14: US raids Sugar Loaf (ON)

September 29: US occupies Sandwich (ON)

October 4: Skirmish at Dolsen’s farm (ON)

October 4: Battle of McGregor’s Creek/McGregor’s Mills/Chatham/the Forks of the Thames River (ON)

October 5: US captures flotilla of supply boats on Thames River (ON)

October 5: Battle of the Thames/Moraviantown/Thamesville; Tecumseh killed (ON)

October 6: Skirmish near Fort George (ON)

October 6: US captures 6 vessels in troop convoy near False Ducks on Lake Ontario

October 7: US burns Moraviantown/Fairfield (ON)

October 11-13: US raids Philipsburg and other settlements on Missisquoi Bay (QC)

November 6: GB bombards US flotilla at Prescott in St. Lawrence (ON)

November 11: Battle of Crysler’s Farm/Williamsburgh (ON)

December 10: US evacuates Fort George and burns Newark/Niagara (ON)

December 17: US adopts embargo barring all US ships and goods from leaving port

January 31: US raids Delaware (ON)

March 14: UC confiscates lands of anyone fleeing to US

May 14: Skirmish at Bouquet River (VT)

July 3: US captures Fort Erie (ON)

July 5: Battle of Chippawa (ON)

July 9: Skirmish at Thames River in Aldborough Township (ON)

July 25: US raids Charlotteville (ON)

August 14: Battle of Nottawasaga River (ON)

August 22: US blows up its Chesapeake flotilla at Pig Point (MD)

August 28: US captures British commissary agents in London District (ON)

August 30: Skirmish at Westminster (ON)

September 1-11: GB occupies 100 miles of US coast from Eastport to Castine (ME)

September 1: Skirmish near Delaware (ON)

September 3: Battle of Hampden (ME)

September 9: US raids Port Talbot (ON)

September 17: US sortie from Fort Erie (ON)

September 20: US raids settlements in Western District (ON)

October 15: Skirmish near Street’s Grove/Chippawa (ON)

October 21: GB offers peace on basis of uti possidetis (BE)

November 5: US evacuates Fort Erie (ON)

November 5: Skirmish at Grand River (ON)

November 6: Battle of Malcolm’s Mills (ON)

December 24: US and GB sign Treaty of Ghent (BE)

February 17: US and GB exchange ratifications of Treaty of Ghent (treaty becomes binding)

July 19: US and Sioux of the Lakes sign peace treaty at Portage des Sioux (MO)

June 4: US and Weas, Kickapoos sign peace treaty at Fort Harrison (IN)

[i]. The National Park Service compilation appeared under the title of “Revolutionary War and War of 1812 Historic Preservation Study.” It went through several drafts. I used the one that was released in January 2001. The Eshelman-George work, which was completed in December 2000, carries the title “Maryland War of 1812 Battlefields, Selected Skirmishes, Encampments, Earthworks and Riot Sites.”