The accoutrements the Marines carried were a pattern 1808 cartridge box adopted by the U.S. government in that year.   Like the U.S. Army the black leather box contained a wooden cartridge block placed on top of a tin insert with three compartments.  The two on the end could contain extra cartridges while the middle compartment could contain extra flints and an oiled rag for keeping the Marines’ weapons coated and in working order.   The middle compartment was accessible from a small opening covered by a flap on the front face of the box.  However the Marine Corps’ boxes were unique in three ways from those of the Army.  The Marines had an interior, oiled linen flap that could be drawn over the cartridges for extra protection against water.  The Army would not take to this idea until the 1820s.  Also, the wooden block in a Marine’s box was drilled to .80 inch as to receive Marine Corps ammunition.  Lastly the Marine Corps was the first U.S. force to adopt the use of a brass cartridge box plate on the flap of the box.  The Marine also carried a bayonet scabbard roughly nineteen inches long.  Both the box and the scabbard were suspended from white, 2.25 inch leather belts.  The belt with baldric for the scabbard was a two piece system that used a plain brass oval plate on one end and hole in the other to adjust the length of the overall belt.  The belt carrying the Cartridge box would be put between the two pieces of the bayonet belt to keep it from moving about.

A Marine’s weapon in the War of 1812 era was one of two commonly used smooth bore muskets of the time.  By far, the most used and sought after weapon of the Marine Corps was the British made Third Model Brown Bess musket; often referred to as the “India Pattern.”  The Marines preferred it for its short length, longer bayonet and larger caliber (.75 thus the need for the .80 holes in the cartridge block).  It also had a brass trigger guard, butt plate and ramrod pipes that would stand up better to exposure aboard ship.  The Marine Corps obtained 500 of the India Pattern muskets in 1805 and continually bought, exchanged and captured them throughout the War of 1812.

The other musket a Marine may could be issued was the Model 1795 Springfield musket, made directly at the US Arsenal in Springfield, MA or Harpers Ferry  or by private contractors such as Eli Whitney, Henry Derringer, Asa Waters and others.  These weapons were based on the 1763 “light model” Charleville musket the French sold and loaned to the United States in its war of independence.  Though this weapon was much easier to disassemble it was longer, had a shorter bayonet, a smaller caliber and all metal parts were steel leaving it more susceptible to rusting.  When supplies of the India Pattern dwindled the Marines often received the Springfield’s.

Musics would, of course, carry their instrument in substitution of a firearm.  Drummers would carry their drum on a leather drum sling hanging off their right shoulder with the drum resting on the left thigh.  The drum would be a US military drum with red hoops and decorated with a painted Federal Eagle clasping a banner in its beak on which is printed “United States Marines.”  Fifers carried a fife case suspended from their right shoulder.  The fife is tuned to C.  Both drummers and fifers would also have a bayonet belt over their right shoulder that was adapted to carry a musician’s sword scabbard and sword.  The musician sword was similar to the Sergeant’s saber detailed below, often it was actually a Sergeant’s saber cut down when suppliers could not deliver the proper sword.

While sergeants carried the same weapons and accouterments of the enlisted men they also carried an Sergeant’s sword and scabbard in the frog of their bayonet belt.  Unlike most US Army Sergeant’s swords which were straight blades, the US Marine Corps sword was a saber.  The Marine sabers were are believed to have been manufacturer by Frederick W. Widmann and later W.H.Horstmann both in Philadelphia.  Dating these swords to the War of 1812 can be difficult in that the know uniform orders do not describe them not do letters from the period specify sources.  Widman is not confirmed to be making swords in the US until 1816.  Lastly, the blades were often made by Weyersberg of Solingen, a larger supplier in Europe and the United States further complicating the dating of the swords. 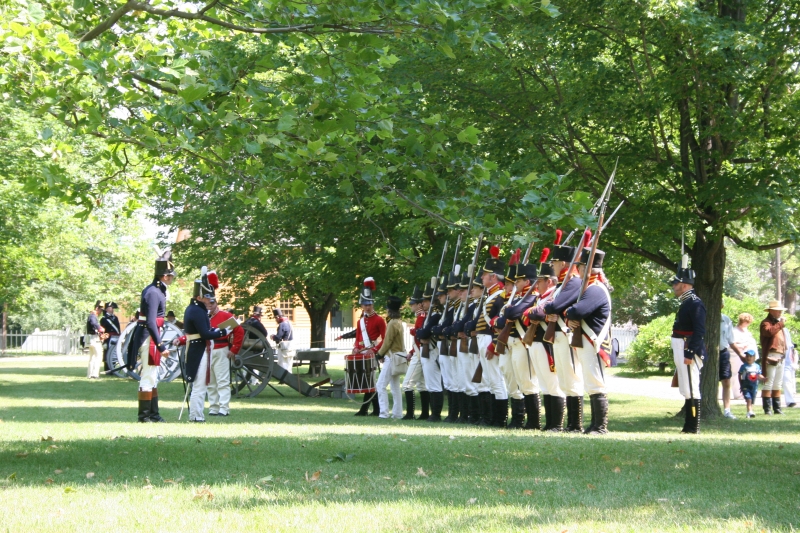 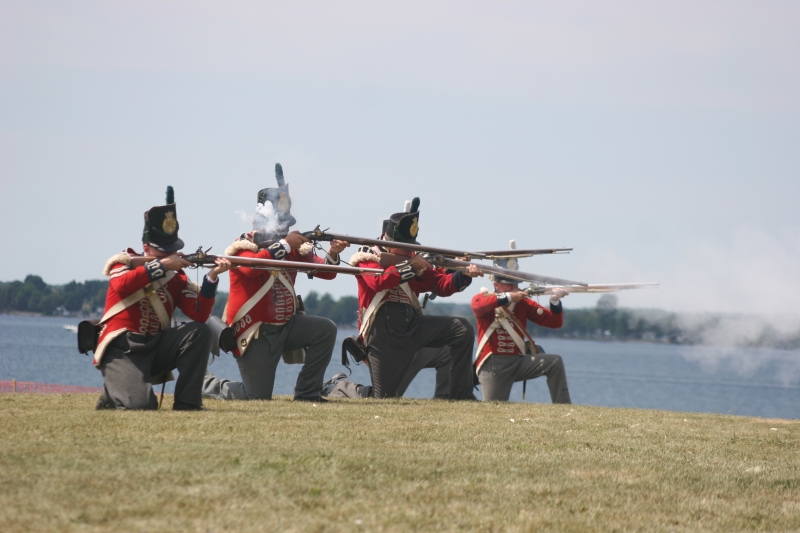 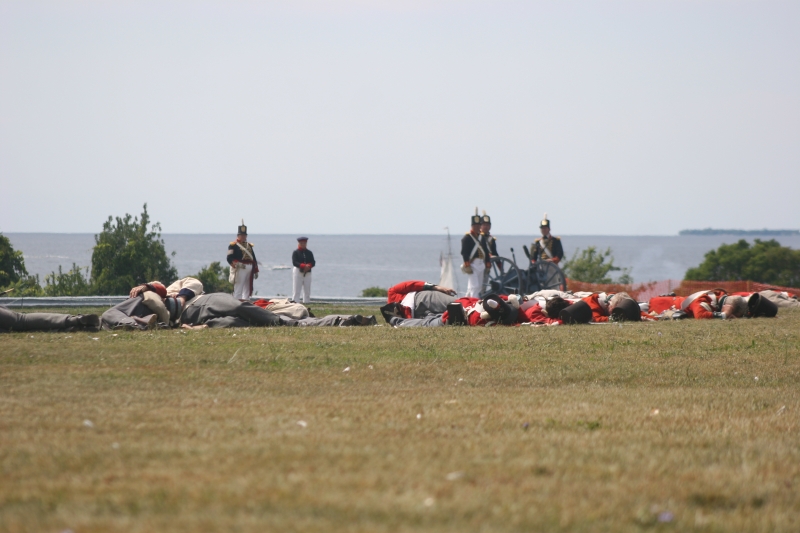 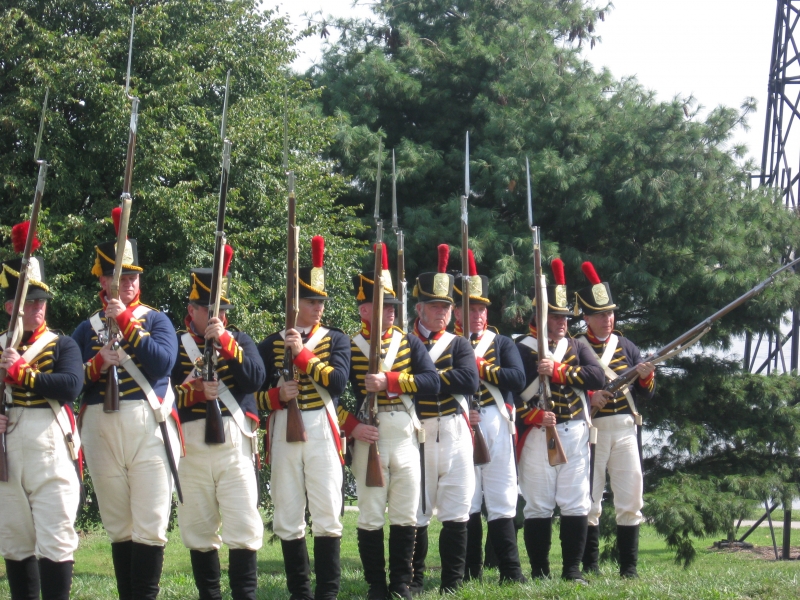 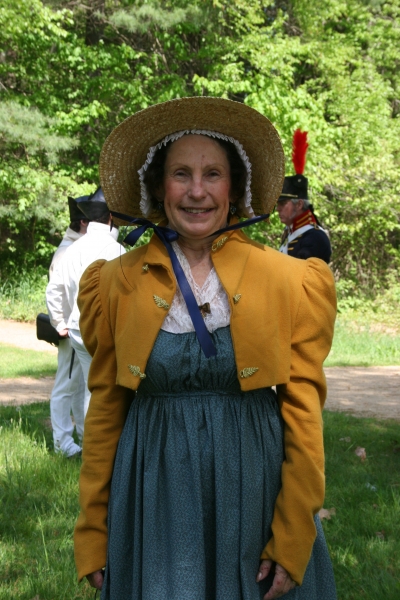 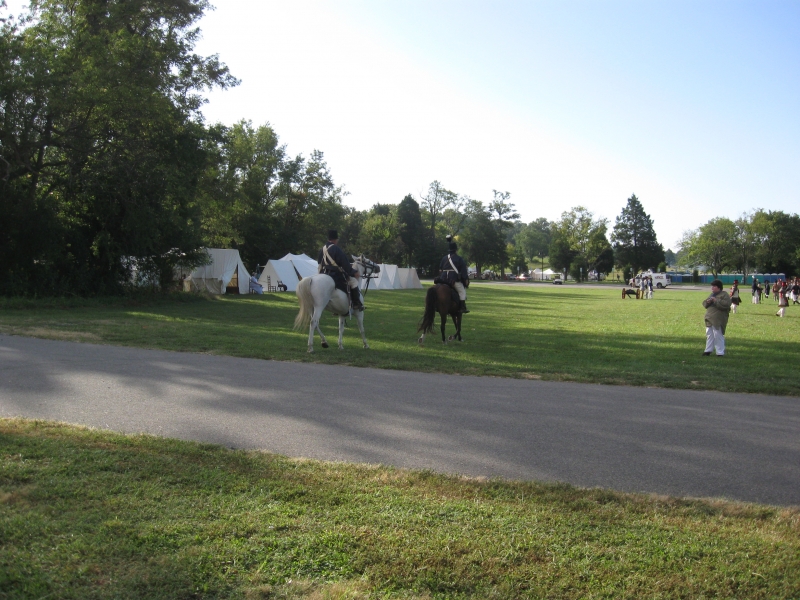 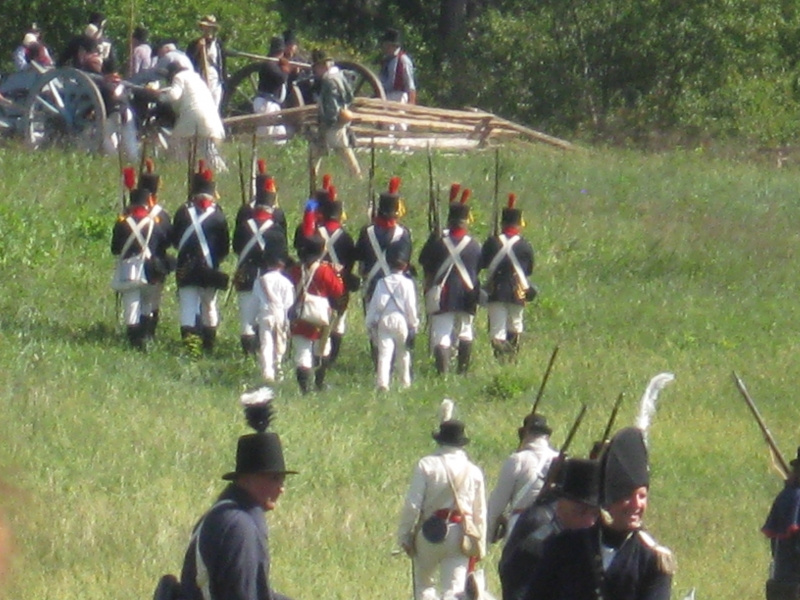 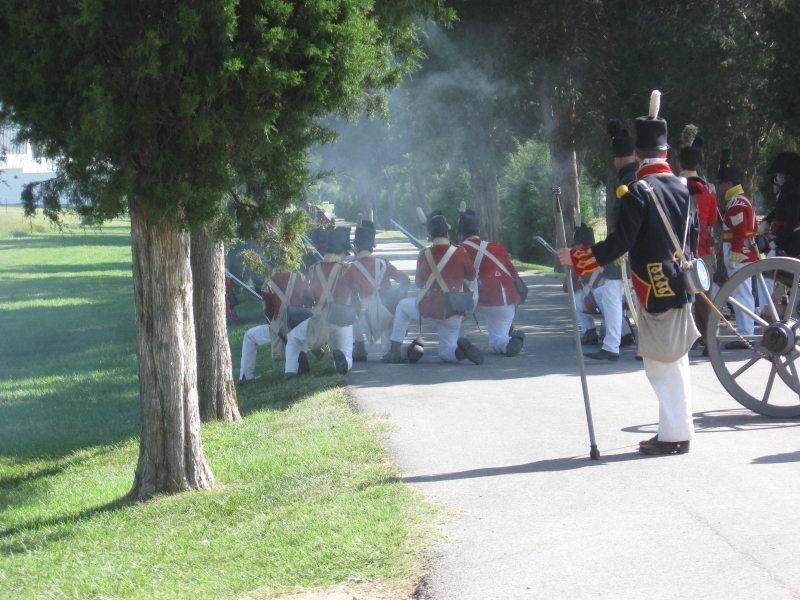 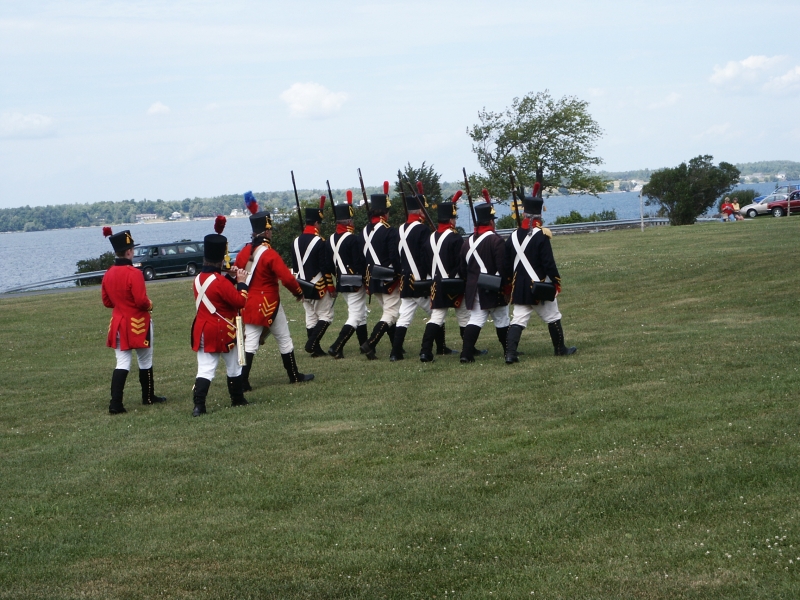 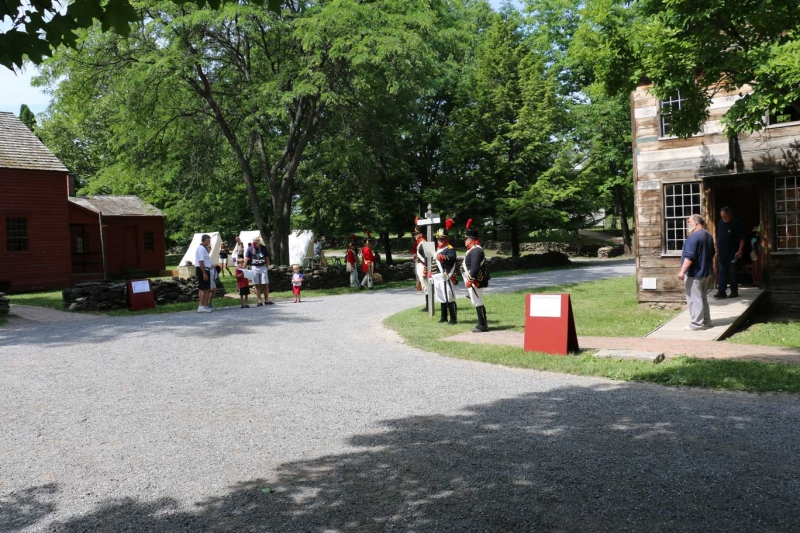