You are here: Home / About the 1812 Marine Guard / Photos / Special Events and Public Appearances

The USS Constitution 1812 Marine Guard greeted and engaged with thousands of fair goers in attendance for photos with the Unit, and presentations about USS Constitution, the history of the Marine Corps. and their contributions to the legacy of America’s Ship of State, and the Flagship of the U.S. Navy. The Unit also provided presentations on USMC period muskets and the War of 1812 to those in attendance.
The Topsfield Fair is Metropolitan is Boston’s largest and America’s oldest fair. 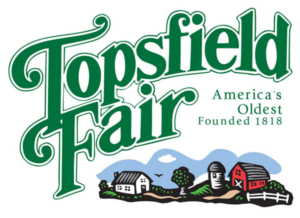 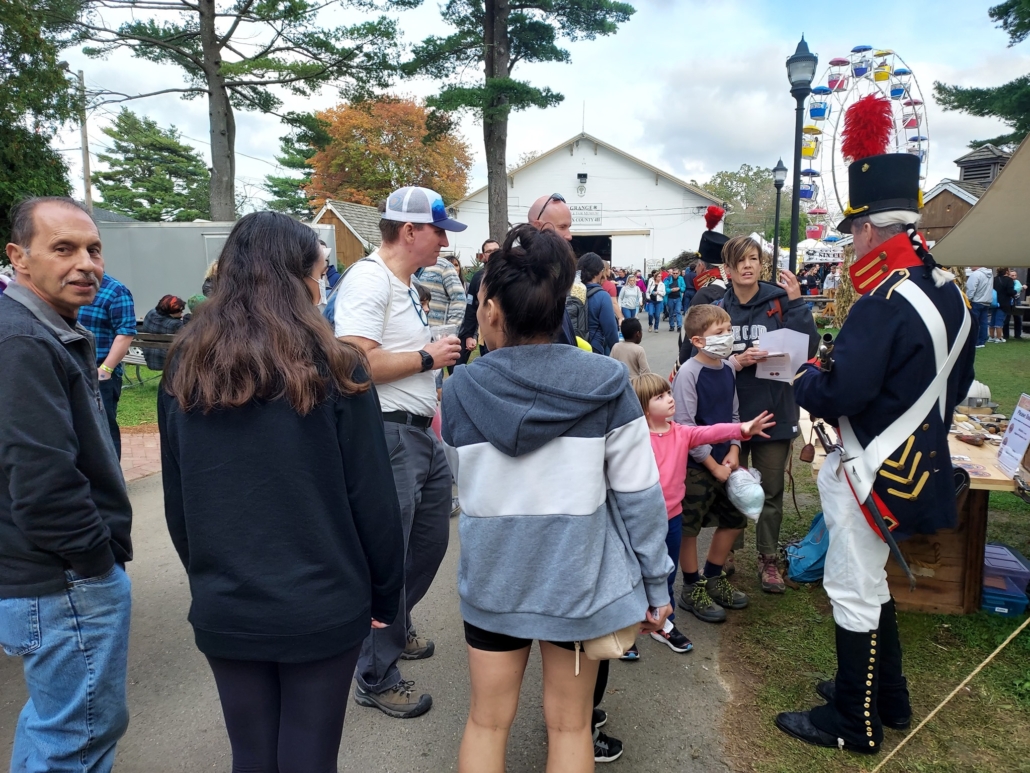 Since 1987, the Sheepshearing Festival at Gore Place has become a family favorite event and a New England spring tradition throughout the Boston region entertaining guests with live entertainment, 100 craft and other artisans, demonstrations of traditional shearing and herding dogs, games and farm animals, and historic demonstrations by the USS Constitution 1812 Marine Guard and 2nd Massachusetts Regiment (Recreated) on the beautiful grounds of this historic, 50-acre estate.
The 1812 Marine Guard engaged the massive crowd of festival goers with educational presentations throughout the day. The Unit also demonstrated the USMC period musket loading and firing procedure and answered questions regarding USS Constitution, the history of the U.S. Marines, and the War of 1812. 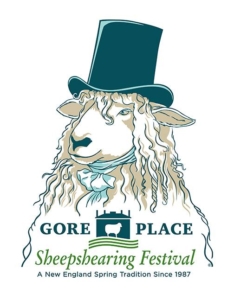 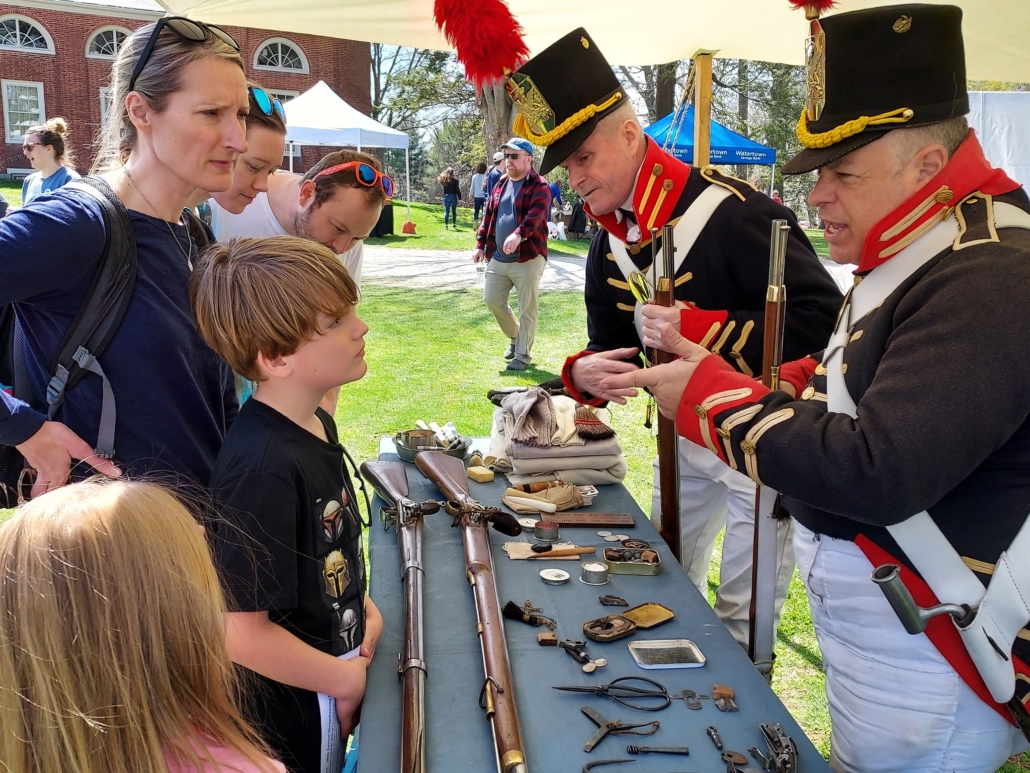 Gloucester Schooner Festival
The 1812 Marine Guard appeared at the 38th Gloucester Schooner Festival’s “Maritime Heritage Day” on Saturday, September 3, 2022 on the pier behind the event host Maritime Gloucester Museum. Heritage Day is when the Gloucester Schooner Festival is filled with land-based activities covering three sites with live heritage demonstrations, schooner deck tours, kid’s crafts, art displays, an underwater drone, history talks, and schooner sails that offered something for all of the hundreds attending.
The Unit displayed and presented an extensive educational experience for the whole family, complete with “Toy Musket Drills” for the kids, and three musket firing demonstrations by the Unit off the pier. The Unit also spent the day engaging with the public answering questions and posing for photographs. 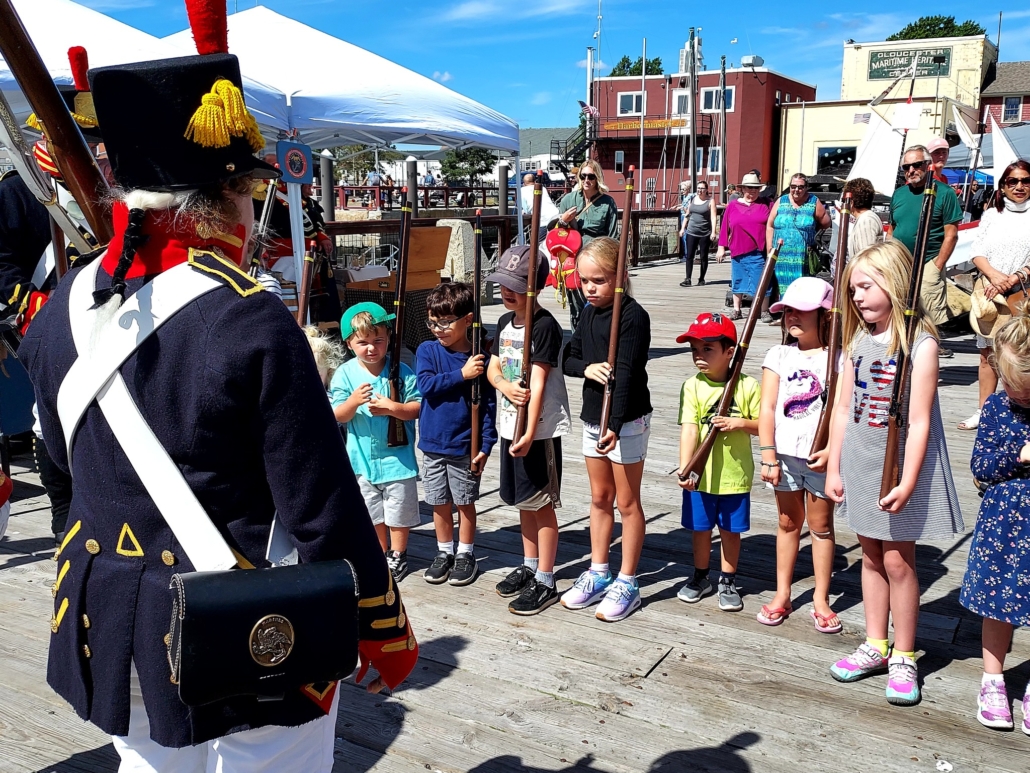 The USS Constitution 1812 Marine Guard joined forces with USS Constitution and the USS Constitution Museum in celebrating America’s Ship of State’s 225th Birthday and the Museum’s 50th Anniversary with a Birthday Block Party held at the Charlestown Navy Yard.
The Block Party featured a USS Constitution themed miniature golf course that played host to the U.S. Navy Officers vs. 1812 Marines Golf Challenge. This proved to be a fun and competitive event with may laughs shared along the course. CDR B.J. Farrell lead the charge for the Navy Officer Team and Seargent Rodrigues’ hole-in-one on the last hole sealed the victory for the Marines.
The Unit also engaged with the many attendees of the event talking about history and participating in photos. 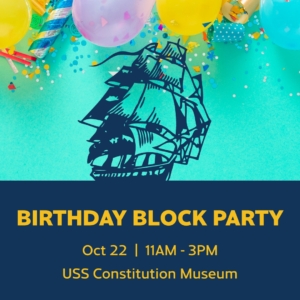 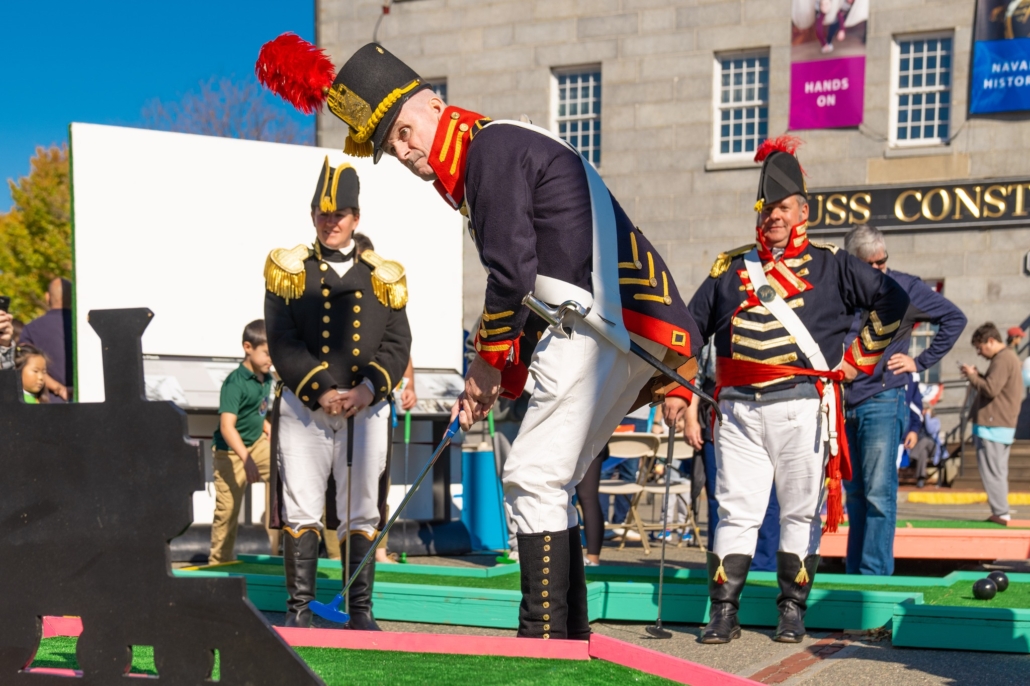