Unit Honors 19th Chairman of the Joint Chiefs of Staff

You are here: Home / About the 1812 Marine Guard / Photos / Unit Honors 19th Chairman of the Joint Chiefs of Staff
The 1812 Marine Guard was honored to provide ceremonial support alongside the USS Constitution Crew at the Retirement Ceremony for the Nineteenth Chairman of the Joint Chiefs of Staff (CJCS) Marine Gen. Joseph F. Dunford Jr. held at the USS Constitution Museum on October 11, 2019.
The CJCS is the nation’s highest-ranking military officer, and the principal military advisor to the President, Secretary of Defense, and National Security Council.
Prior to becoming Chairman, Dunford served as the 36th Commandant of the Marine Corps, and he has served 42 years in the military.
At the conclusion of the ceremony, members of the 1812 Marine Guard exchanged Military Challenge Coins with General Dunford.
(U.S. Navy photo by Chief Mass Communication Specialist Elliott Fabrizio/Released) 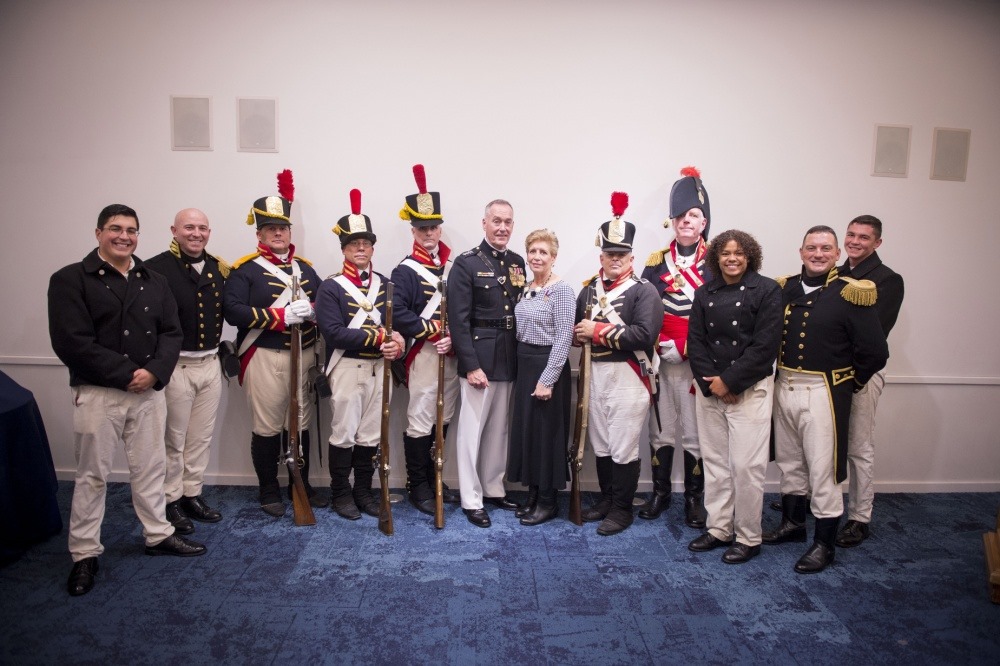 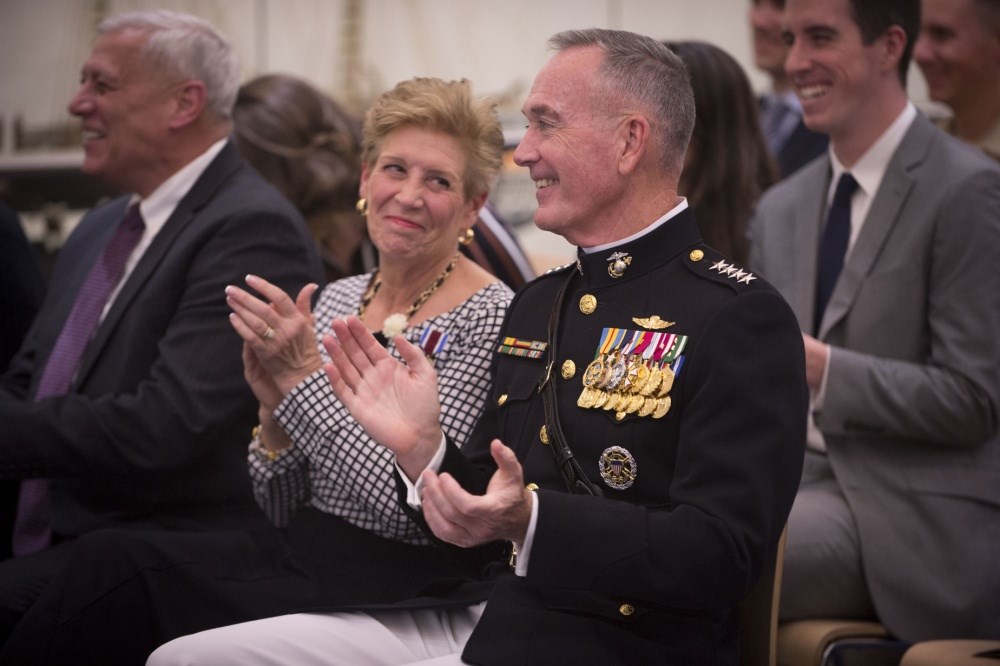 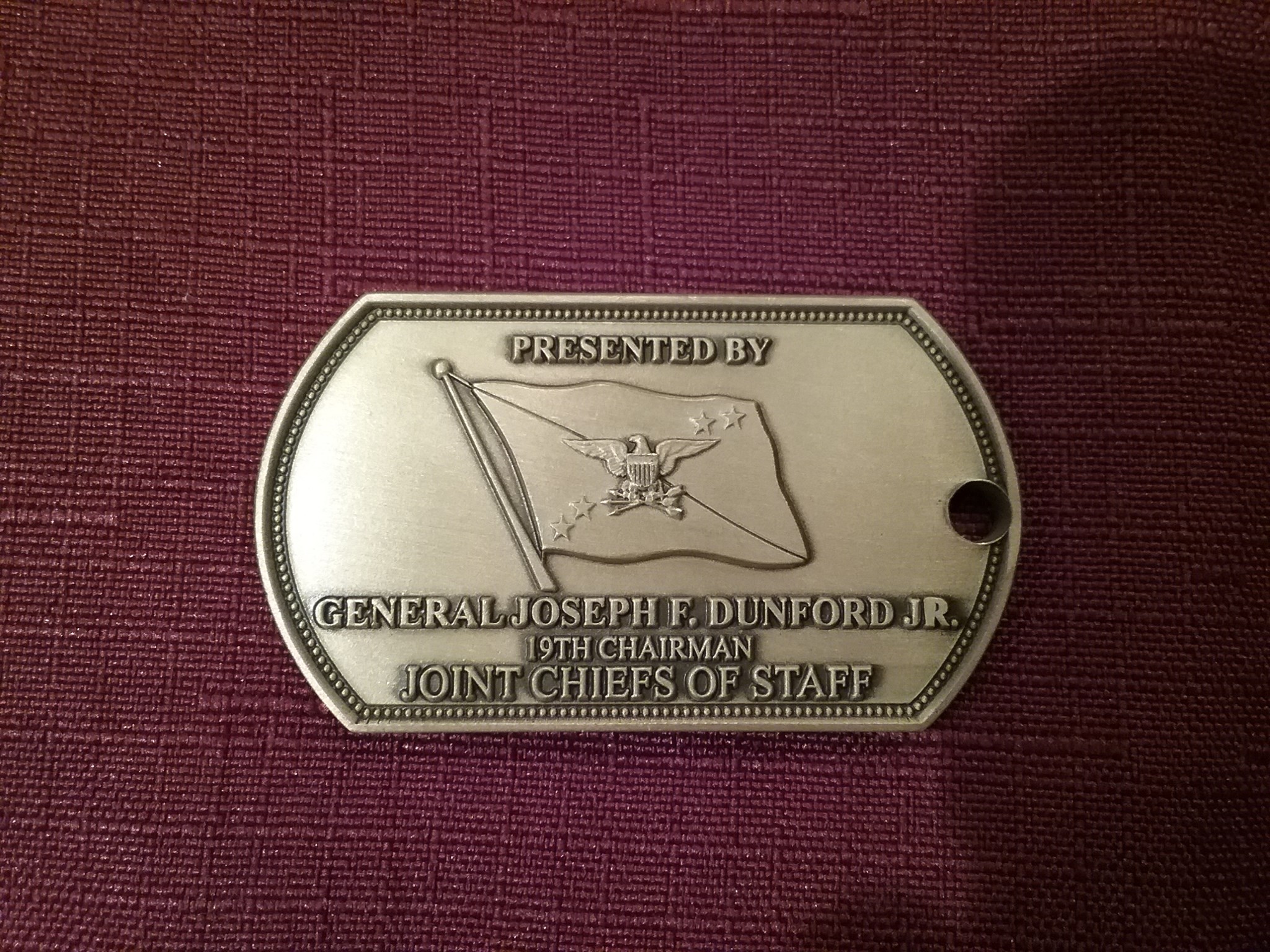